We started the day by eating breakfast outside in super cold. It warms up quite a bit by the afternoon but the mornings and nights are freezing.

We drove for a bit then made a stop at the Bubler which was a natural spring in the middle of nowhere. It was so pretty and the temperature was like bath water which is not as hot as I thought it would be.

Another stop we made was to see Lake Eyre which is the lowest point in Australia which is 15 meters below sea level. The lake rarely fills up so its surrounded by a layer of salt crust.

Before lunch we stopped at a drive through art gallery. It was so random out in the middle of nowhere and on the side of the road. This is another reason why the center of Australia is very quirky.

We had lunch in which was an extremely small town with probably 100 residents. The weirdness continued when we met Alf who was the old man who was not only a sculptor but also had some intersting theories on how words were created. He stood next to a chalk board and wrote out gis theories.  If you’ve seen the movie 23 with Jim Carey that was the vibe I was getting. He was a very sweet man but it was all a “unique” experience. G Adventures slogan is embrace the bizarre and that was a perfect example of it. 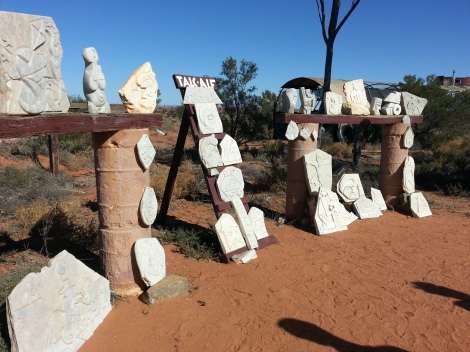 We then finally made it to Beltana which had a population of 25 people. We were staying at the Cattle Station but before we got there we saw one of the first settler’s homes which looked like ruins now. There was also an art gallery with oil paintings inside and outside and there were dragon sculptures made oit of glass bottles outside. 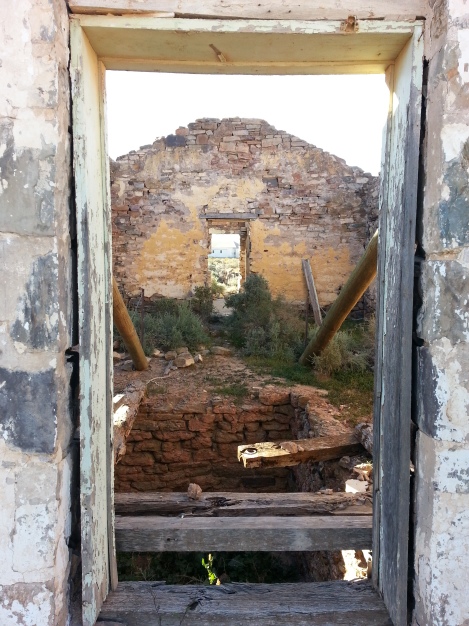 We made it to the cattle station and walked around while we waited for dinner. They had a small museum at tje back of the barn filled with old items found on a farm. We also spent some time plaging with all the puppies. Dinner was a home cooked meal that was absolutely delicious and made me crave some of my grandma’s good ol’ southern cooking.